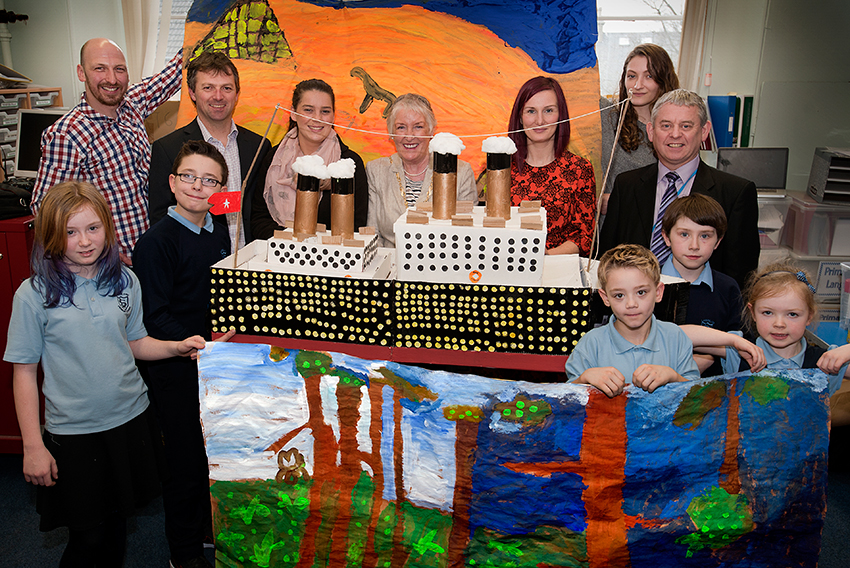 6274 was commissioned by HUB West Scotland, East Dunbartonshire Council and Morgan Sindall to work with Lairdsland Primary School in Kirkintilloch, to celebrate their new school building which is due for completion in summer 2015.

The school was originally opened in 1875 and has been operating from the same building ever since. Now, the school is moving from its Victorian beginnings to a new location by the renovated canal. While the construction is underway the clients wanted to make the surrounding hoarding more striking. 6274 worked with 14 of the school’s best artists from primary one to seven.

After a walk around the school to photograph the work available it was clear that we would not struggle for imagery. The classrooms were covered floor to ceiling in amazing large scale art.

After exploring the topics being studied by each class and the history of the school it was decided that the panels would be the Titanic, the Jungle, Under the Sea, the Egyptians, the Victorians and the School’s History. The children painted, collaged and planned each design with a little guidance from 6274. Using work from throughout the school, the outcomes are bright, colourful and fun and show off the talent of the artistic Lairdsland pupils. 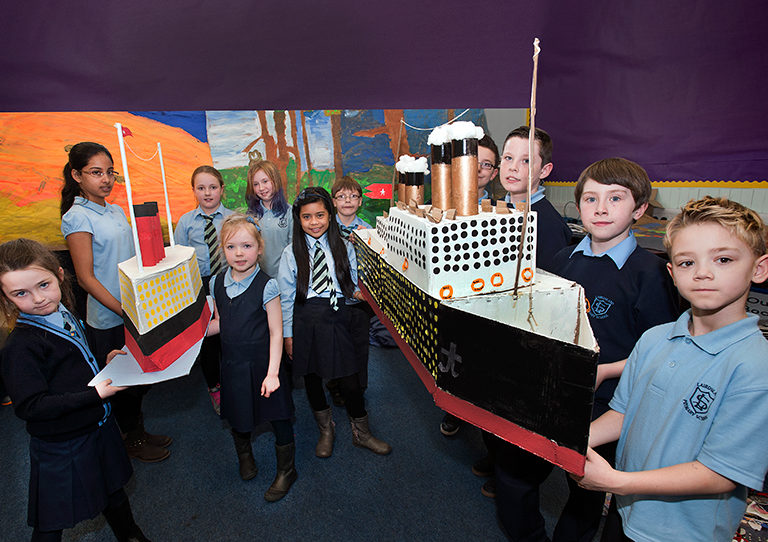 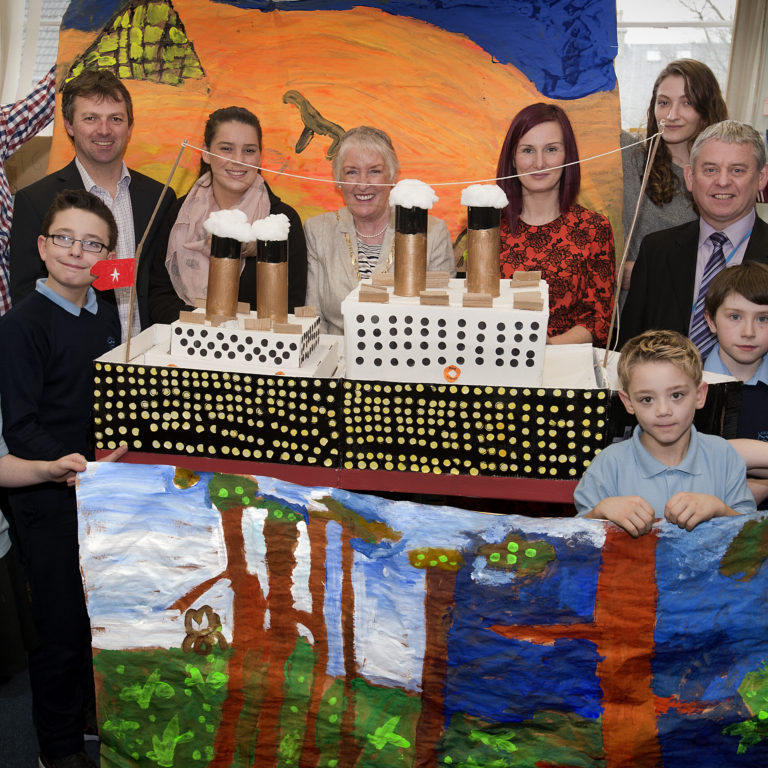 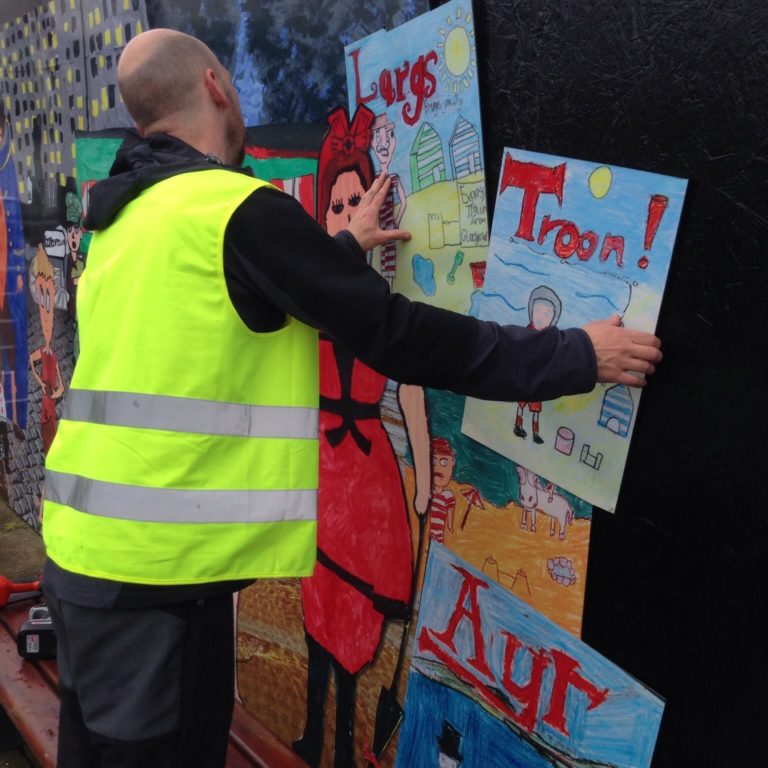 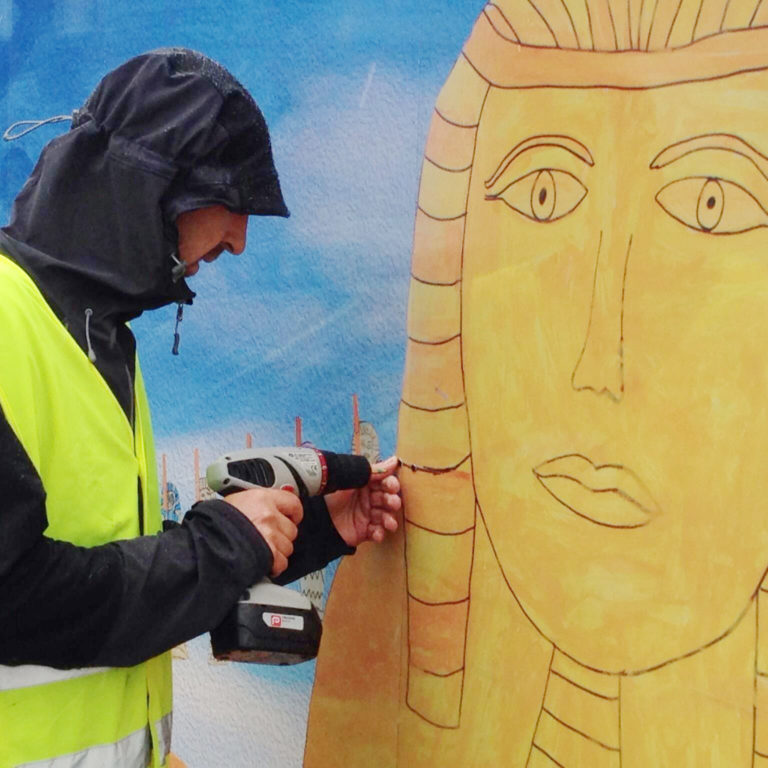 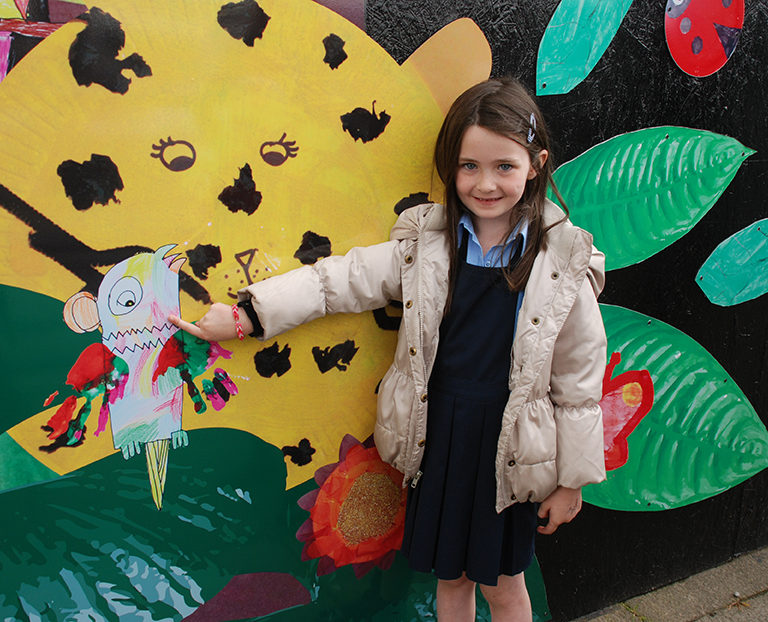 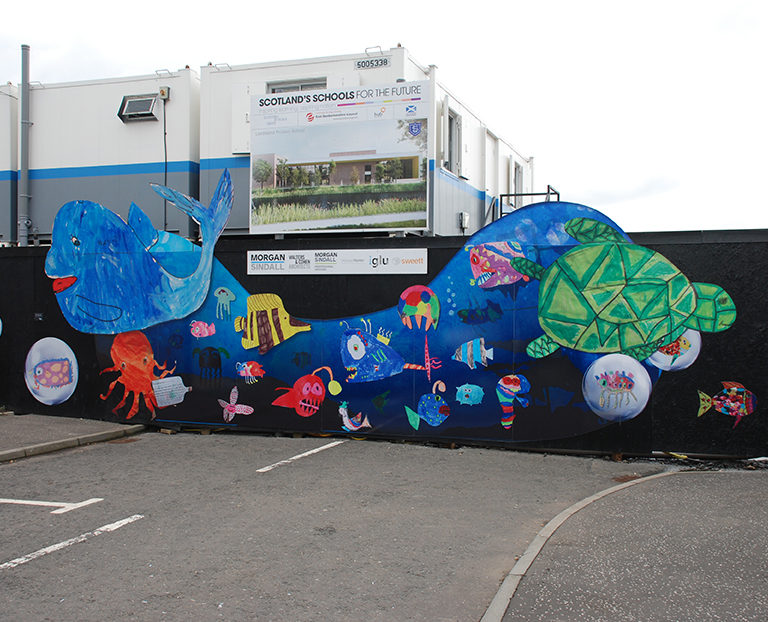 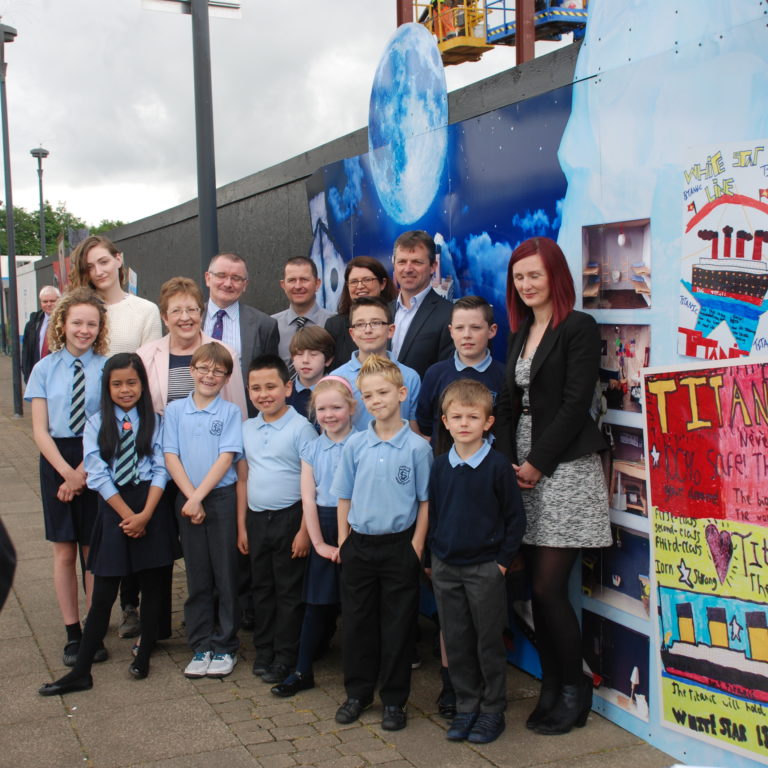 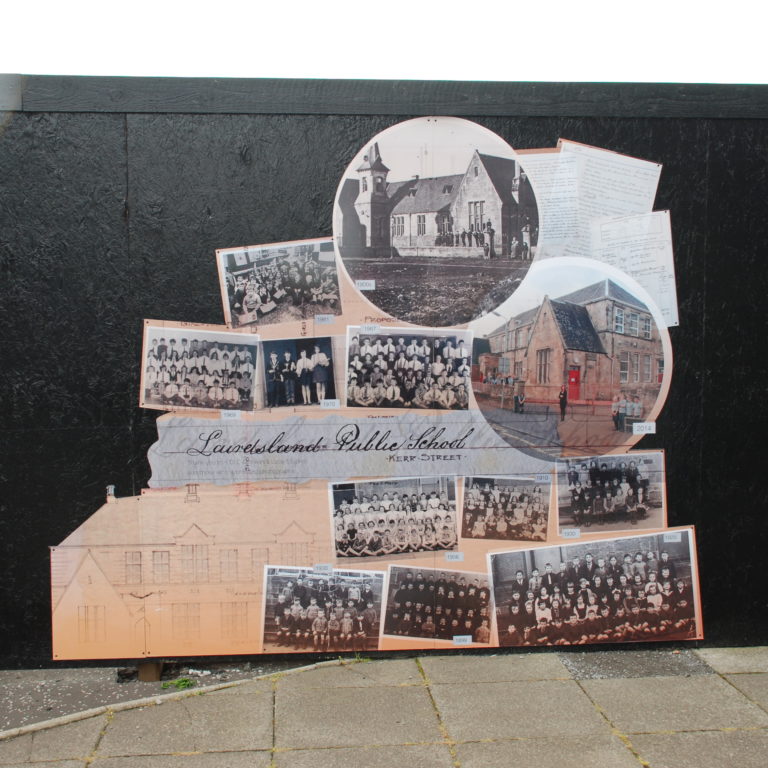 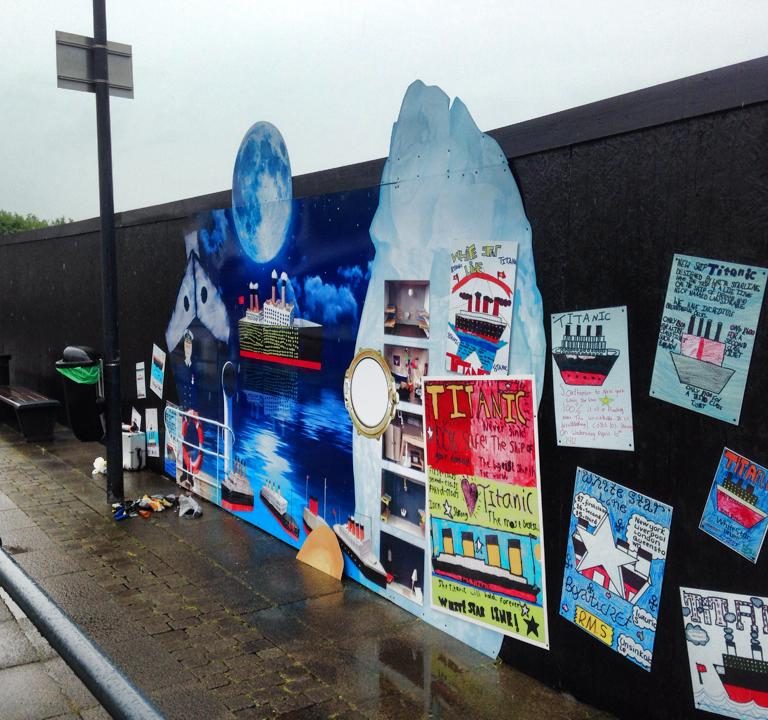 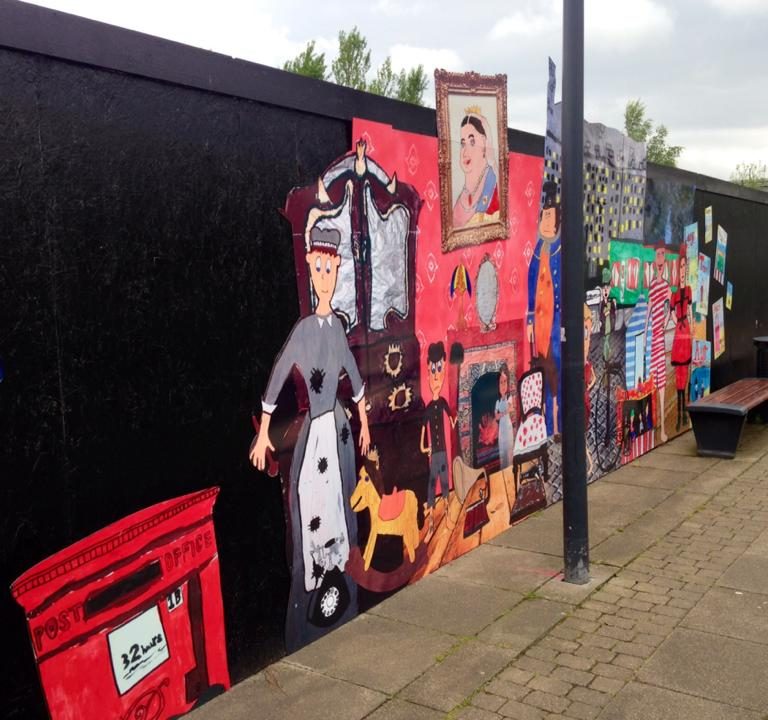 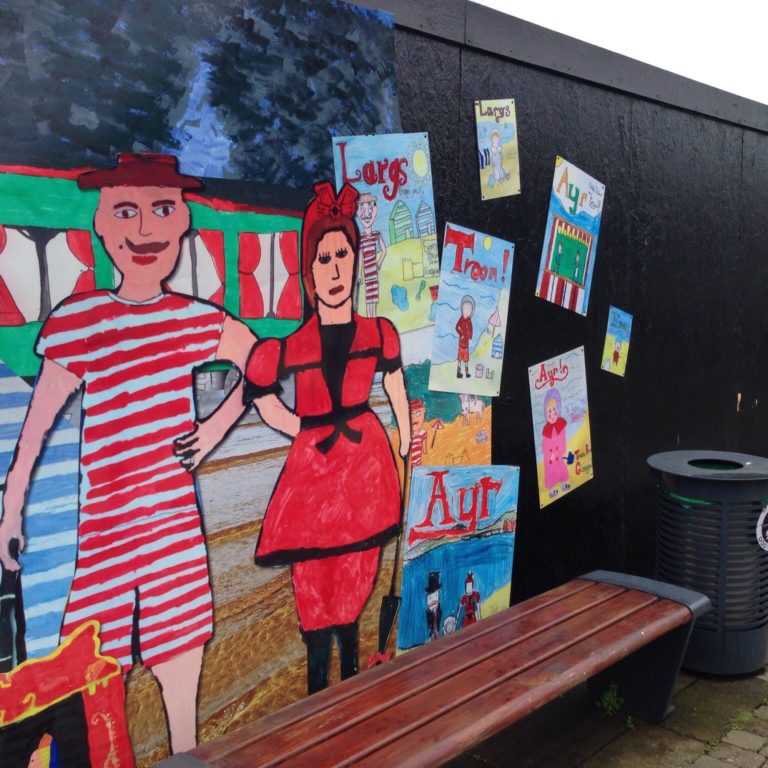 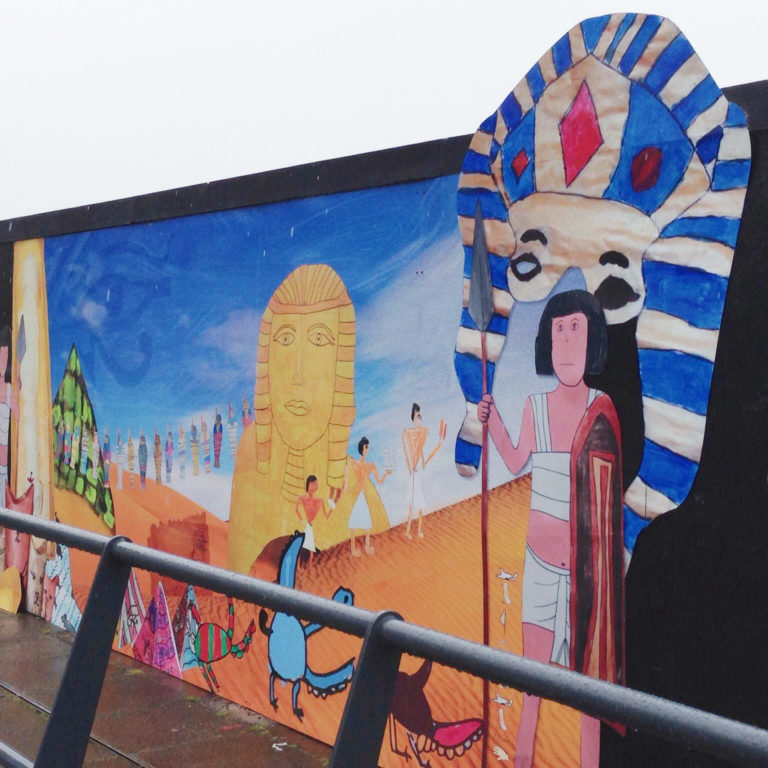 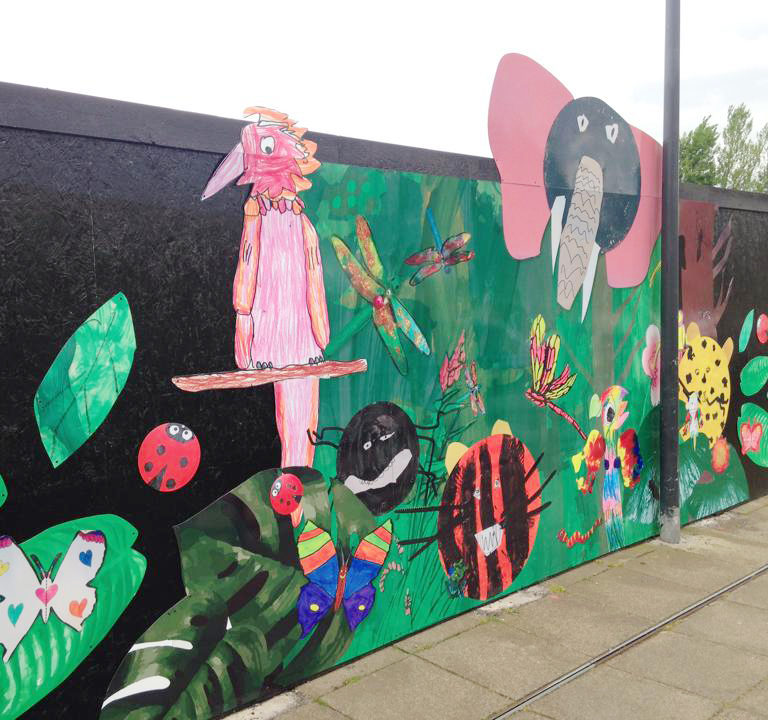 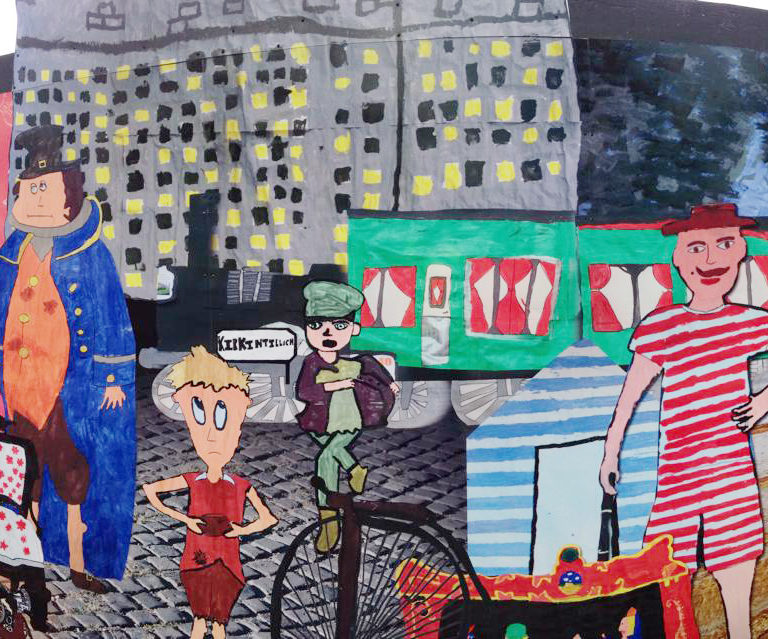 To complete a public enagagement project, on behalf of Morgan Sindall for a new primary school in Kirkintilloch.